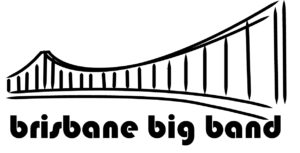 The Brisbane Big Band recorded its first commercial CD – Tailspin – in 2013 as a tribute to Paul Gibens – composer/arranger and former lead alto saxophone player with the band.

The stand out appearance of the Brisbane Big Band participating in the Big Band Blast Festival is worthy of mention…a well-bonded group of musicians who can enjoy the challenges of entertaining the crowd rather than just ‘sitting and playing’.
Reg Gordon, Big Band Blast, June 2013

Thanks Alan, you and the band were in good form.  I thought the band was really tight…particularly impressed by how well it sounded.  I’ll have to think of a good excuse to do it all again before too long!
Bob Keers, Private Function, June 2013